For many years, a flag has not been flying over the clocktower of the LaLance-Grosjean Factory on Atlantic Avenue in Ozone Park.  Ozone Park resident Chris Marantino brought it to the attention of elected officials and kept making calls and today, Senator Joe Addabbo along with Medisys, the medical company that owns the building, raised a flag over the building.  It will be lit at night, so it will be flying 24/7.

Here is a video clip of the proceedings:

And here are some pictures.  First up, Ozone Park resident Chris Marantino views the flag she was responsible for restoring. 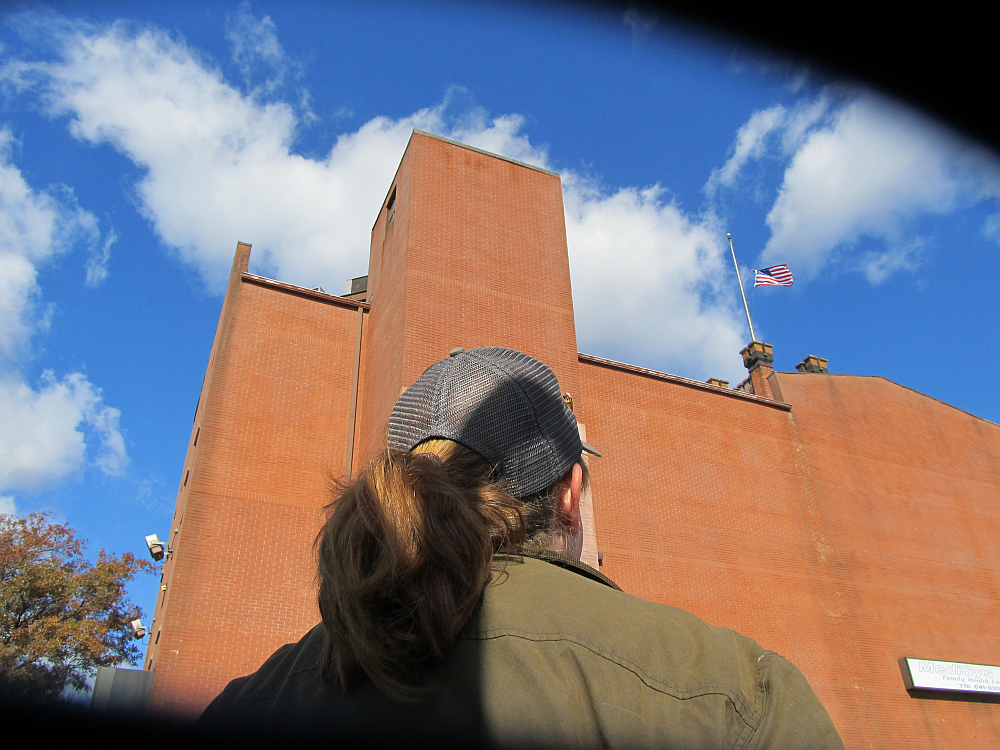 Next, this gives you an idea of the size of the clocktower, using the gentleman in the picture for scale.  Those ramparts at the top of the clocktower (is that what you call them?) are huge -- much bigger than I expected. 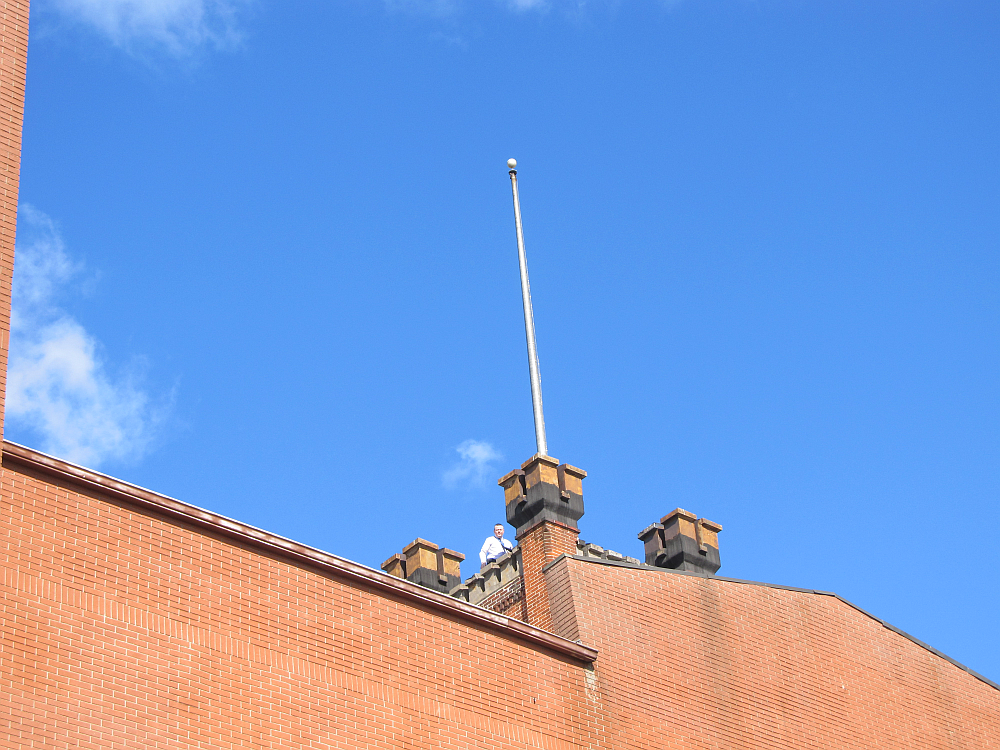 The event was well attended by local veterans -- 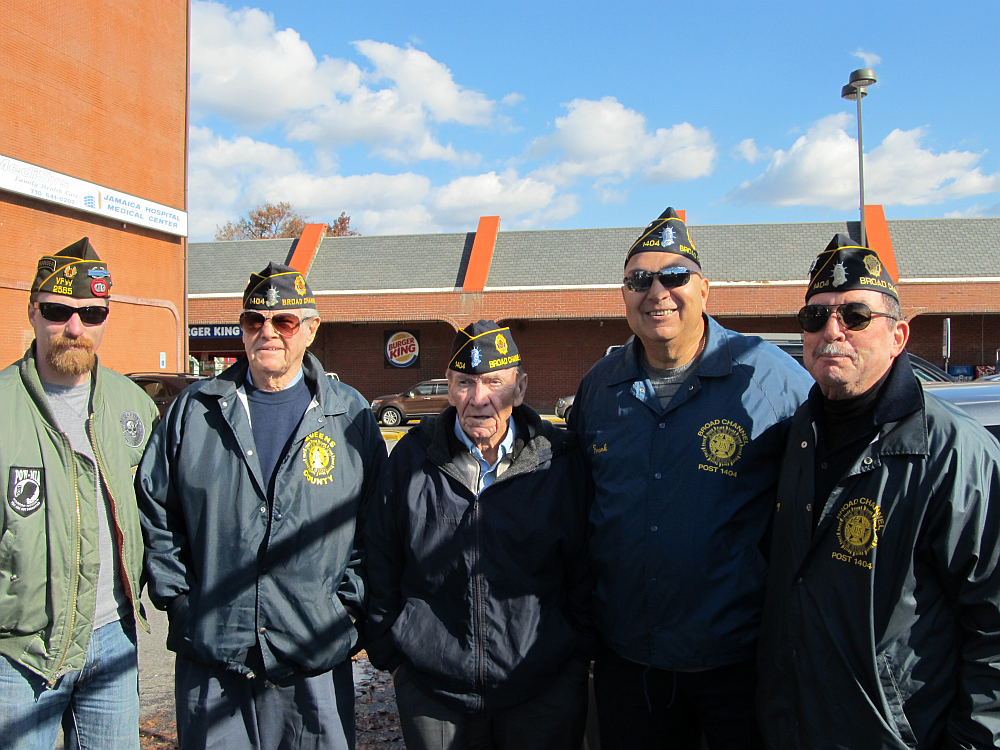 Senator Joe Addabbo made one trip up there earlier and he tells everyone about it.  We'll see him up there later. 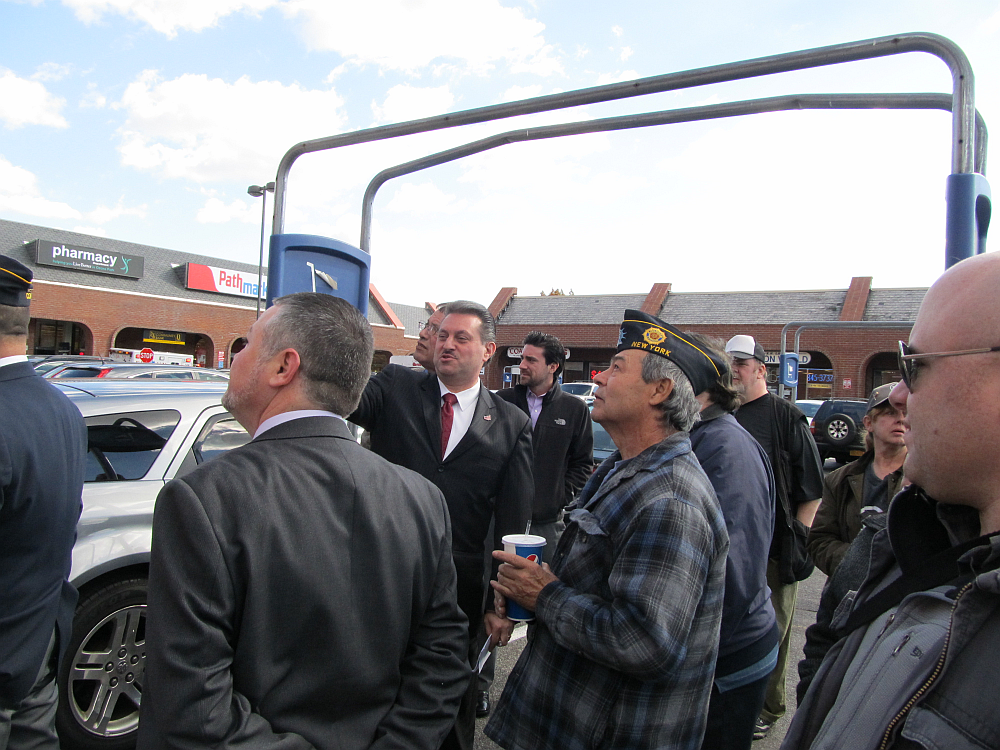 Before the flag raising, we came inside the building for a spell.  See that huge picture in the background, it had a detailed map of the factory.  I was drooling. 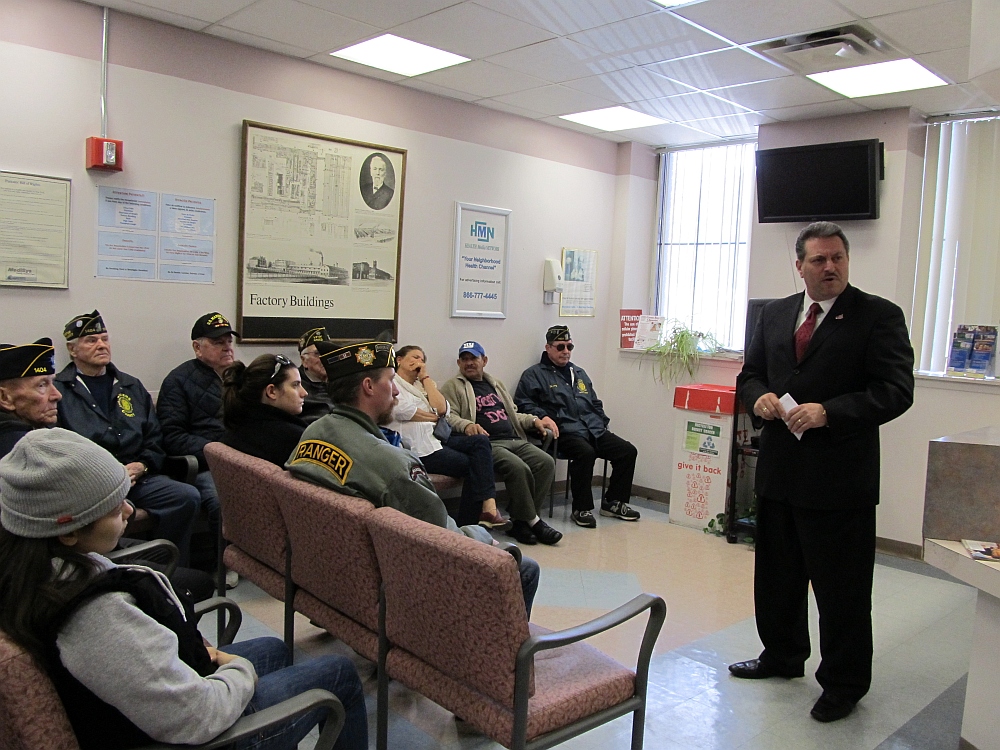 Here, the flag begins to be raised -- you can't really see him too well, but that's Senator Joe.

Finally, it is fully raised.  That is quite a big flag - it looks great up there.  I had no idea how big that clocktower really was.

There's Senator Joe up on the clocktower, the flag fully raised. 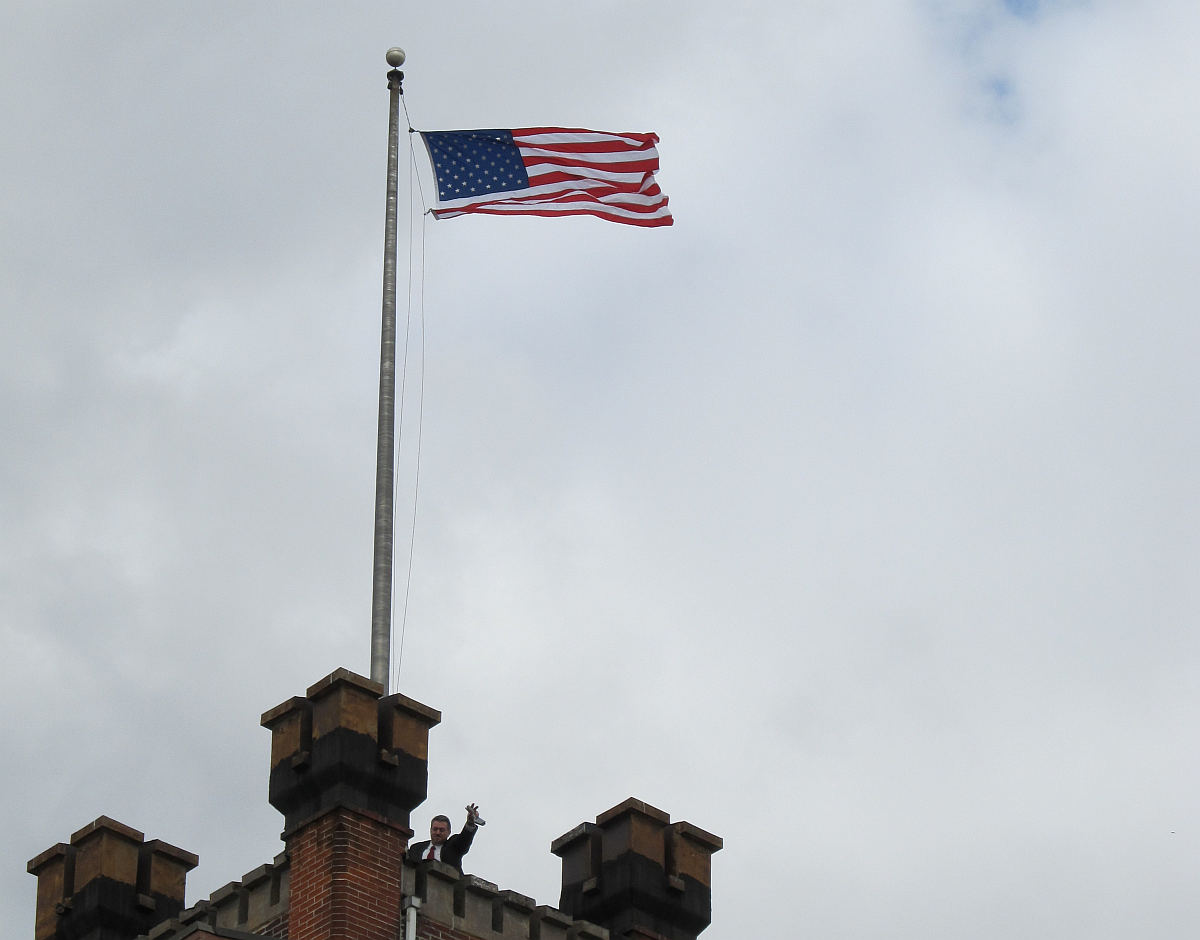 Here is a group shot of everyone who attended.

And here is Senator Joe and Assemblyman Mike Miller along with our veterans from American Legion Post 118. 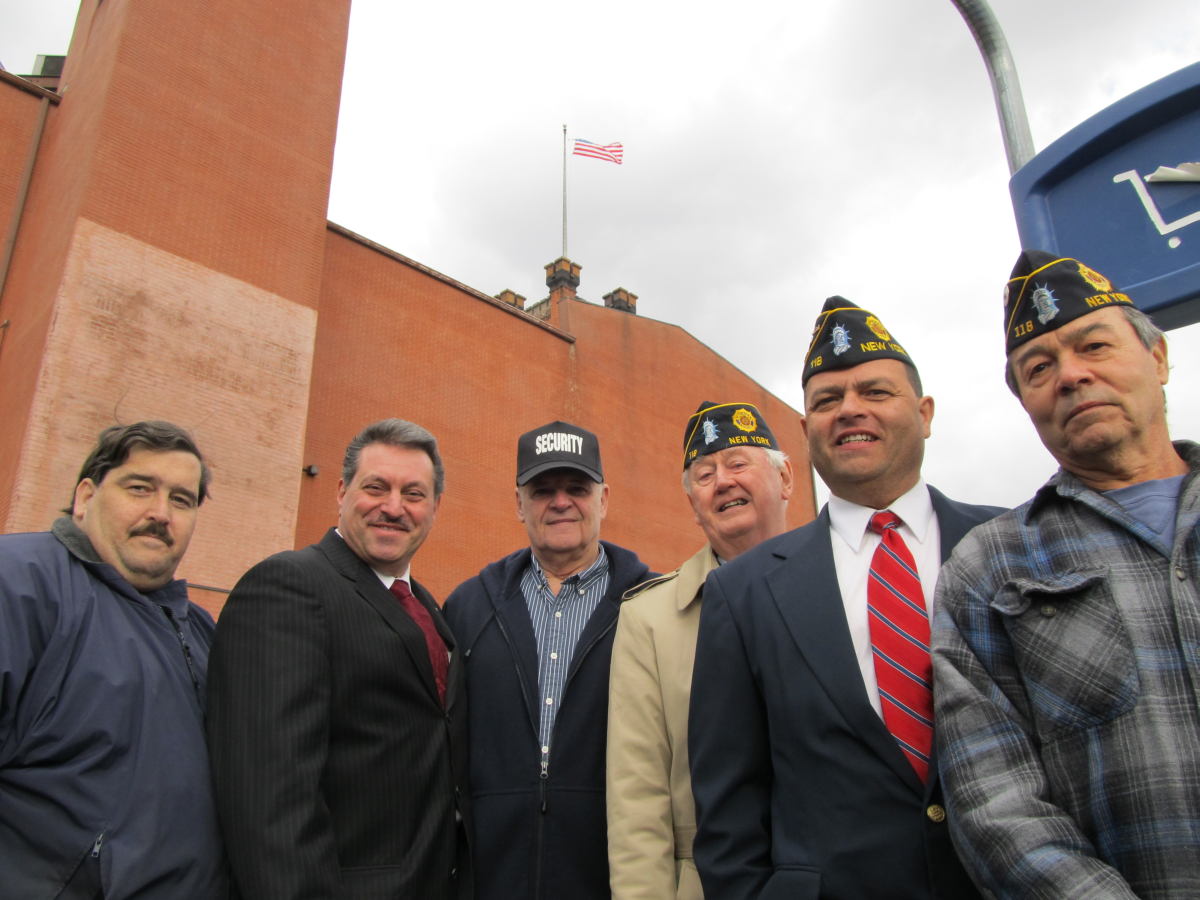